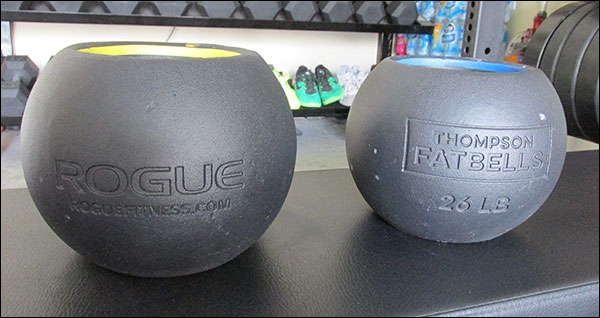 A few months back I picked up a couple pairs of the Thompson Fatbells. After having spent a good amount of time messing around and training with these bad boys, I figured I’d spend a few minutes telling you what I think about them.

For those of you who have no idea what a Fatbell is, well they are essentially a kettlebell with the handle moved to the center (or the core) of the bell for the purpose of balancing the weight equally around the hand. Or to look at it another way, the Fatbell is the unification of a kettlebell and a dumbbell. 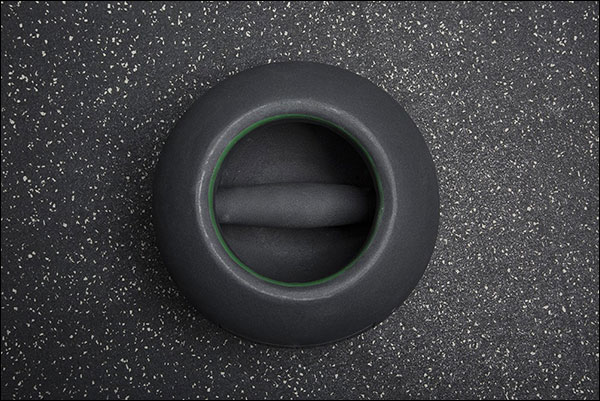 Some of the claimed benefits of this unique & clever design include a reduction of shearing force, better load distribution on the muscles and connective tissue, and less strain on the wrists. Well, that’s the claim anyway, but we’ll see.

I purchased a pair of 26-lb and 35-lb Fatbells. I chose these two weight sizes because my initial impression of this product was that they were going to make a much better dumbbell than kettlebell, and these two sizes happen to be extremely versatile as dumbbells (lateral and front raises, arm bars, bicep curls, flyes and reverse flyes, and so on.) Also, going with relatively light Fatbells made checking them out affordable; much more so than buying 80- or 90-pound bells.

If you’re wondering why I had the impression that Fatbells would make a better dumbbell replacement than kettlebell replacement before ever seeing or handling one, It’s because it seemed unlikely that I’d be able to get two hands inside a Fatbell. The way I saw it was that if I could use Fatbells for anything I could use a dumbbell for, and I could use them for just about any one-handed kettlebell movement, but I could not use them for two-handed kettle movements, then it really doesn’t replace a kettlebell.

Anyway, that was just my initial impression from reading the product description and looking at the pictures.

Upon receiving my Fatbells and playing around with them for a little bit I knew that I liked them. The weight does feel more balanced, and once you get used to them a little bit they do feel easier on the wrists. Now as far as there being more load distribution on muscles & connective tissue, I’m not sure I’m qualified to agree or disagree with such claims. However and interestingly enough, Fatbells do feel heavier than dumbbells of the same weight which is peculiar – so perhaps the claim is true.

That said, I was right about not getting two hands inside one of these – no chance in hell. Looking at the images on Rogue’s site (shown below), it doesn’t even look as though the opening gets much bigger as the weight goes up. Now there are ways to hold the Fatbell to do two-handed swings, but it’s certainly not ideal, nor is it particularly safe. So yes, Fatbells are definitely more of a dumbbell than a kettlebell. 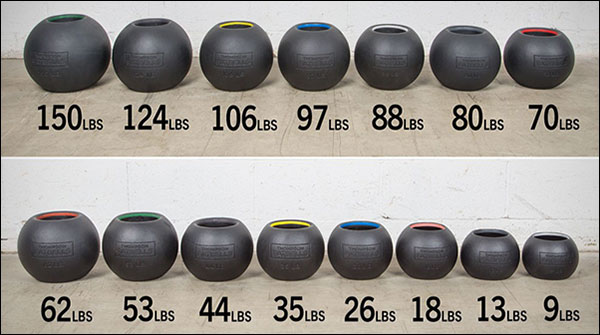 Despite that, I still think that Fatbells are a really neat and ingenious idea, and they clearly have their place in a gym. They no doubt improve upon the dumbbell, and maybe even completely replace dumbbells – and they half replace the kettlebell in the sense that one-handed movements are doable. Again though, it’s a no-go on the two-handed stuff.

Thompson Fatbells could easily replace dumbbells in a gym setting. Sure, you and I could both find a couple random movements with dumbbells that wouldn’t work well with Fatbells, but overall these are just as good if not better than a dumbbell. The problem is that they are expensive, and nobody is going to throw out dumbbells for a new, pricier product.

You also have to deal with large, inconsistent jumps in weight. Instead of 5-lb increments like you’d have with dumbbells, you get jumps ranging from 4-lbs to over 20-lbs; with the average being about 9-lbs. Hopefully at some point Rogue fills in the larger gaps with more units, but I’m thinking that’s unlikely since Fatbells, while in pounds, are based on standard kettlebell weights (that are in kilograms.)

All that being said, I still really like Fatbells. Honestly I’d have already ordered more of them by now, but I have the problem of already owning a full set of dumbbells so the cost is, well, unjustifiable. Now had I not already owned nearly 20-pairs of dumbbells, I’d definitely own more Fatbells. 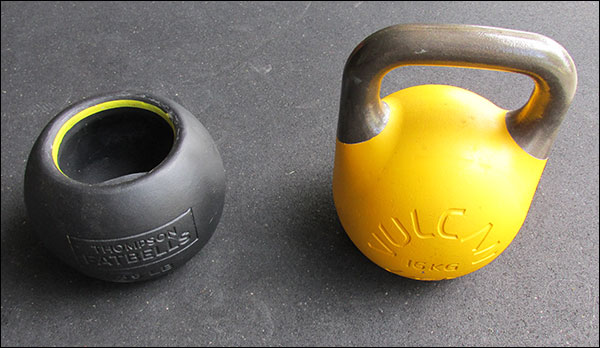 My Favorite Use for Fatbells?

Arm Bars! I have a funny shoulder that requires a lot of re/pre-hab. Fatbells have become a nice addition to my ‘rotator repair’ tool box.

Here’s a good video on he Arm Bar in case you are unfamiliar. Jeff is using a kettlebell, but try it with your Fatbell after trying it with a kettlebell – you’ll see why I like the Fatbell more.

Check out Fatbells yourself at Rogue. 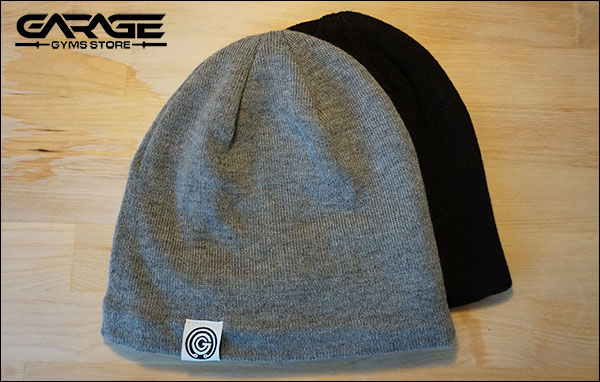