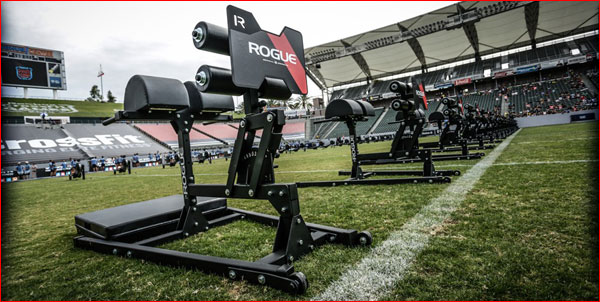 This is a review for the Rogue Abrams 2.0 Glute Ham Developer. Rogue Fitness had been teasing us with the redeveloped version of the Abrams GH-1 GHD for what seemed like an eternity. I remember the picture of this beast sitting there in the “New Gear” category for two or three months; no price, no release date, nothing. I wanted one, but after a while I started to wonder if this thing actually existed, or would ever be released. 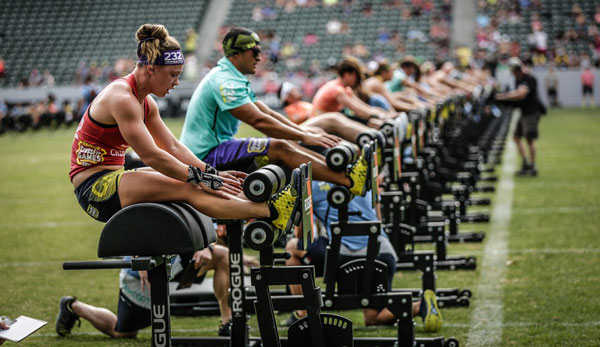 Well, after it’s debut in the 2014 Reebok CrossFit Games, the 2.0 started to trickle onto the Rogue website for sale. The first few batches that were offered were the GHDs used in the CrossFit Games in Carson, California. They were used only for a few days, of course, and then deeply discounted. Not long after that they finally started releasing the new Abram 2.0 at full price.

Getting one was tough though. Whether you wanted a used Games model or a brand new one it didn’t matter. They were very hard to catch in stock. A truckload from the CrossFit Games would come in, get listed on the site, and then be sold out in hours. Same thing with the new ones; a batch would show up online and then they’d quickly sell out. While I’m sure that all of the Abrams from the Games are long gone at this point, the challenge of trying to catch the new Abrams in stock is still going on.

I was fortunate enough to have gotten one of the Abrams from the 2014 Games. It took a lot of very persistent refreshing of the Rogue site for many days to finally see them show up long enough to grab one, but it finally paid off. Just in case you’re wondering, Rogue didn’t have the “Email me when this item is back in stock” button on the Games’ Abrams like they do on all regular stock items, so I had to literally catch it in stock myself. 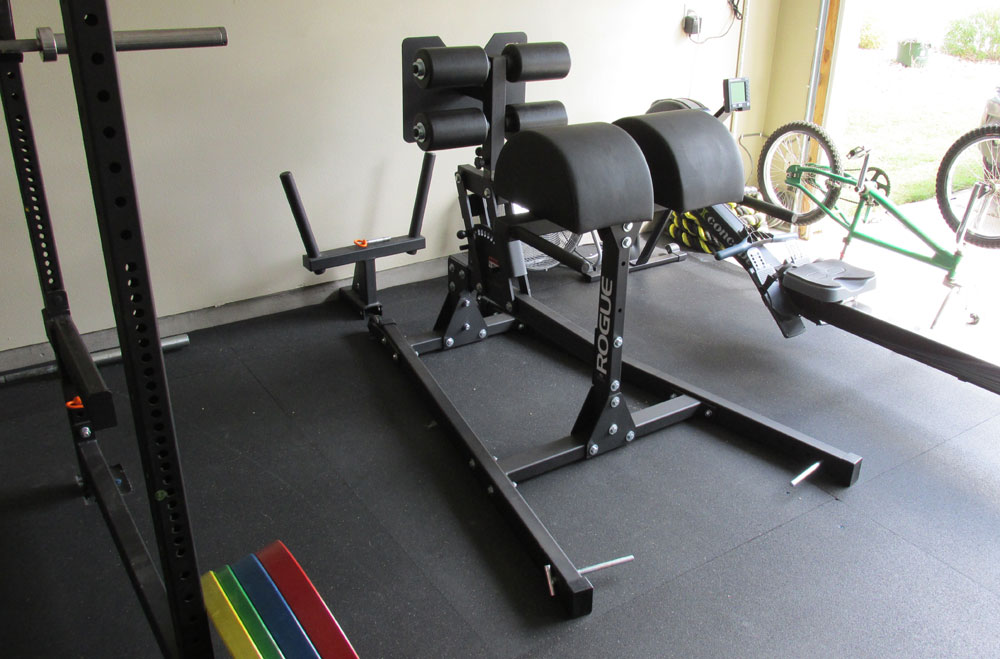 As you can see, this GHD is a monstrosity. It makes everything around it look smaller than it is, including my power rack. It’s an absolutly bad-ass addition to my garage gym, and I’m going to tell you all about it. First, here are the specs for you numbers people. Most of the specs can be found on the Abrams product page, but I measured a few things myself too.

Many of the differences between the original Rogue Abrams (GH-1) and the redesigned Abrams 2.0 are obvious in the above picture. Before I get into all the new stuff, let’s talk about what’s the same.

As the name accurately implies both versions of the Abrams are tanks. There’s no shortage of positive reviews on the original Abrams GH-1 that point out how solid it is and how impressed customers are with the stability of it, and the same reviews are slowly rolling in on the 2.0. I can tell you first hand that at 6’4″ and 220 pound, the 2.0 doesn’t shift under my weight one bit. I am as confident on my Abrams as I could ever expect to be.

Both Abrams take up roughly the same amount of space, but technically the 2.0 does have a slightly larger footprint by a couple inches. It’s okay though, it’s part of what makes it even more stable than the original. I’ll cover that in a sec.

The split-pad on both models are exactly the same. The foot-plate and rollers are also the same, although there is currently no upgrade option for upholstered rollers like the original Abrams had. Both models have holes for band pegs, but the 2.0 has four sets vs just one set. Wheels are also standard on both models.

There is one more thing that didn’t change despite all the upgrades you’ll read about below, and that is the price. The 2.0 is still $695 just like its predecessor. Hell of a deal! 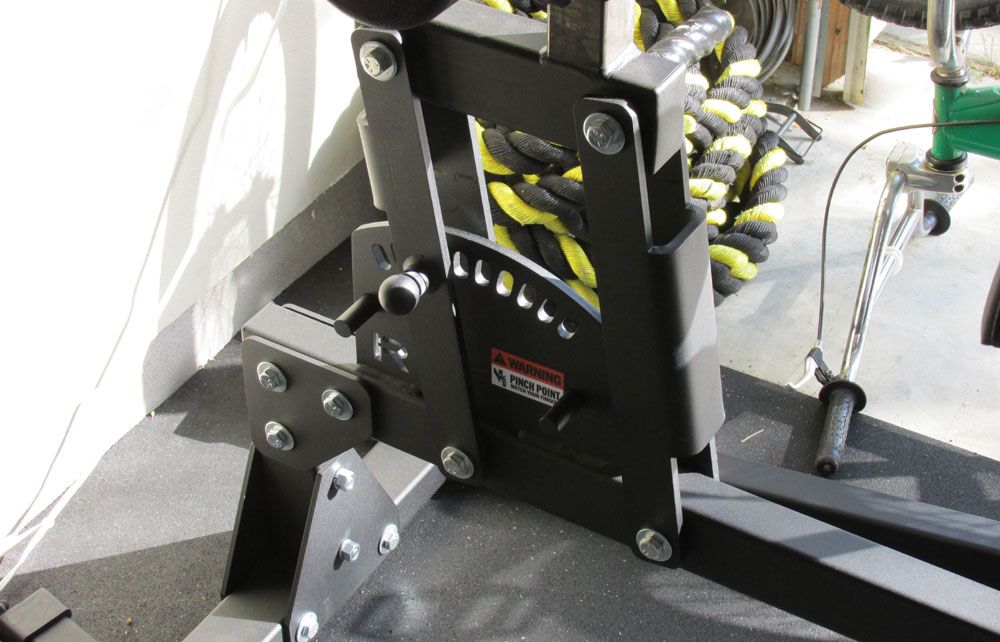 So what’s new with the 2.0? Well the most obvious upgrade is the swing-arm. The swing-arm on the 2.0 allows you to very quickly make adjustments for switching between users and exercises. Pull a pin and move it where you want; done. No unscrewing, no lifting and sliding down a square tube shaft, and no tightening things back down. Making adjustments is about as fast as it’ll ever be. Actually, the only GHD with even faster adjustments is this bad boy below (obviously the inspiration for the Abrams 2.0). 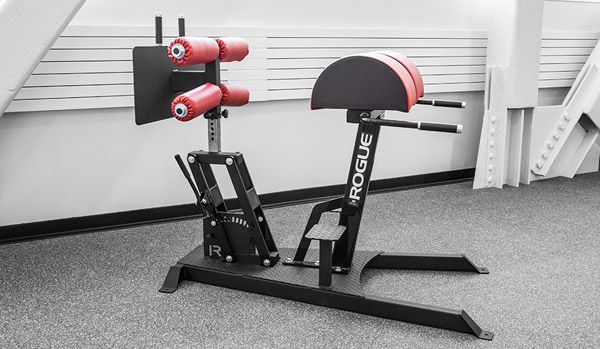 The next major change is the frame. You can see the frame that was used for the original Abrams was your standard back leg with a fork-shaped front end that stuck out in front of the whole unit to keep it stable. It works, obviously; most GHDs have this sort of frame. That said, the frame on the new Abrams has single piece chassis construction along the length that eliminates all those joints that may move when the GHD is under intense use. Also, because of the way the frame flares outwards from the rear, it’s even more stable. Look at them side-by-side and it becomes obvious which design would be more stable. 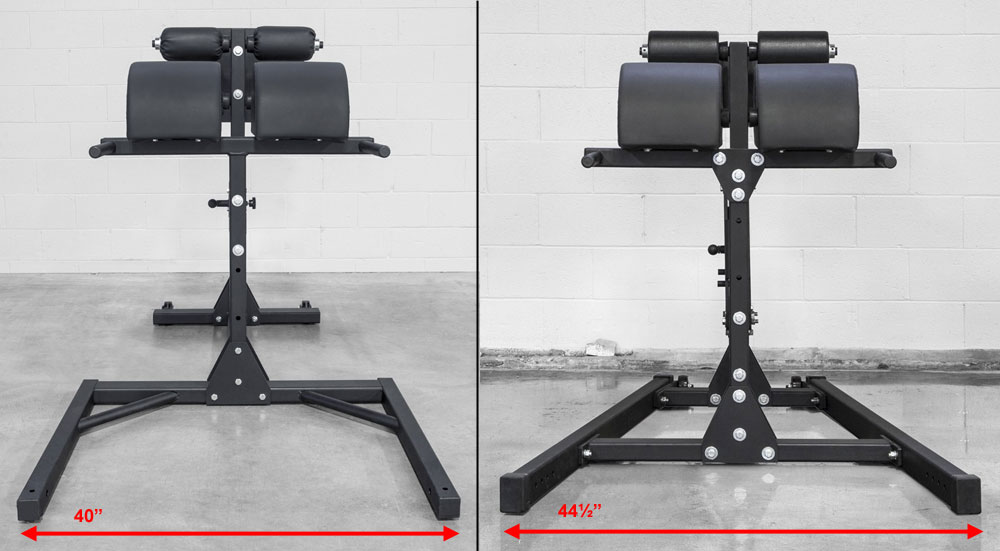 The 2.0 also uses 2″x3″ 11-gauge steel just like you’d find on the Rogue Infinity racks. The original Abrams used 2″ square steel tubing instead. Both are very strong; it’s not like the steel on the old Abrams was bad, it’s just even stronger now. The 2.0 also allows for vertical adjustment of the foot plate, the GH-1 did not. Also the hardware appears to be beefier than on the GH-1.

There is one thing that the original Abrams has going for it (for now), and that is that they are closing them out and selling them for only $545! The regular price is $695, so this is a pretty big price break. I have no clue how many of these they have left, but if you can live with the original Abrams for such a low price, you better hurry.

Abrams GHD vs Other GHDs

Well, I don’t have every other GHD lined up in my garage gym to compare the Abrams to, but I can help you by pointing out some differences between the Abrams and a few of the other popular models out there so that you can better decide which is best for you. You can find descriptions and pictures of all of these GHDs on my GHD Guide here.

Cons for the York include a higher price than the Abrams at over $800, no built-in band pegs or even holes for your own, and the front pads aren’t pads at all, rather they are giant rollers which I personally find less comforting. Additionally, I’ve heard complaints about the ease of making all those adjustments; rather cumbersome from what I understand, but that’s not speaking from personal experience. The York also has no wheels so it’ll be staying where ever you put it.

The Sorinex was probably one of the sturdiest and more popular GHDs before the Abrams came along. Pros include very positive feedback about the stability of the unit as a whole, whether being used for an extremely intense workout, or being used by guys in excess of 300 pounds. The latest M2 has a nice sized foot-plate, a frame with more welds than bolts to make it even more stable, and even a plate horn for weighing the unit down a bit more. Both the Abrams and the M2 have wheels and band peg availability.

Cons include the price; $799 vs the $695 of the Abrams 2.0. It also has a very peculiar method of making adjustments which actually has the foot-plate locked into position while the front pad moves both away from the foot-plate and down at an angle. Not sure how I feel about that. Would love to hear from someone who has one.

All Legend gear is awesome, and the 3130 GHD is no exception. Pros include a beefy 3″ steel frame, a huge foot-plate, built-in band pegs for resistance work, your standard vertical and lateral adjustments, and the option of a single-piece split pad (very nice pad actually) or a solid pad with no split at all. You also get to select your frame color and upholstery color upon ordering this GHD.

Cons include the commercial price tag of about $800 before freight. The wheels cost extra, it has a narrower footprint, and there is a 6-8 week lead time on Legend gear as it is made-to-order. Patience is a virtue, as they say. This was was second choice for a GHD btw, if you care. =P 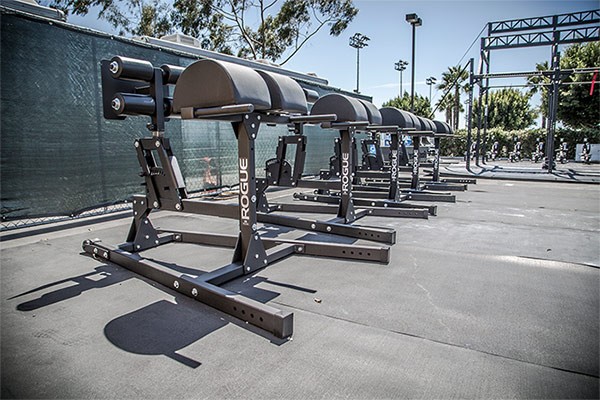 So are there any negative things to say about the new Abrams 2.0? Other than the fact that it’s $695 plus shipping, not really. It’s expensive, but it’s not. That is, it’s a lot of money to spend one one piece of equipment, but it’s actually a great deal.

Having said that, is it too much GHD for you? Will you be sharing it? Do you even need “quick” adjustments? Do you need a GHD to be as stable as this one is? If you weigh 120 pounds soaking wet, maybe you don’t need something this big and sturdy.

Unless the Abrams is just total overkill for your needs (or pocketbook), there isn’t really anything negative to say about it and no reason it shouldn’t be at the top of your GHD list. It’s a completely over-engineered, under-priced, badass GHD and that’s why they can’t make the things fast enough to keep up with demand.

One final thing to say about the price. I think I paid around $100 to have this shipped to me. Rogue gets amazing freight prices because of the volume they do. My Abrams showed up securely packaged on a skid and completely assembled; all for about one bill. However I have since been told that mine was only assembled because of it’s use in the Games. It sounds like yours will come unassembled.

Next post: Holiday Gift Ideas for CrossFitters & Weightlifters Part I

Previous post: The Rogue Bars – A Comprehensive Guide to the Extensive Collection [Updated]