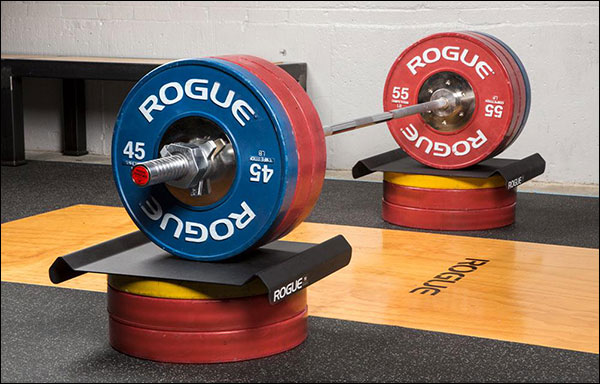 I don’t always want to dedicate 1000-plus words to each and every product I purchase. I also sometimes want to highlight a new product without having to actually purchase it. That is why I occasionally do articles like this one. I can announce some new products of interest and do reviews for products that don’t need a whole lot of dissection and analysis all in one consolidated post. In this article I’ll be discussing the following products:

Vulcan recently introduced a new weightlifting belt that should be very enticing to lifters who prefer softer, more pliable belts. The Vulcan Weightlifting Belt remains 100% genuine leather, but instead of being 10 mm in thickness, it’s 8 mm thick. This minor reduction in thickness makes a quite noticeable difference when it comes to both stiffness, and overall comfort. It’s still more than thick enough to be supportive, but there is less pinching and practically no break-in time. 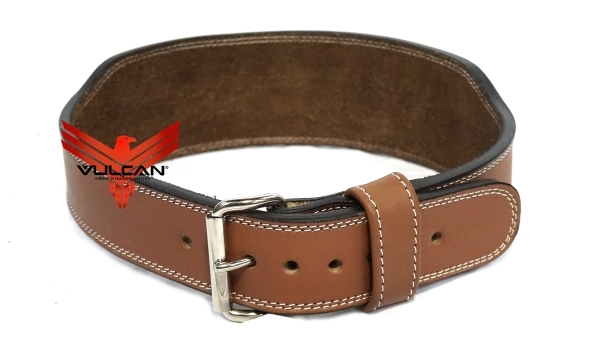 Vulcan’s Weightlifting Belt is single prong with chrome-plated, brass hardware. As I just mentioned, it is 100% leather. It consists of a leather suede inner layer for better tactile grip against fabrics, a soft calf skin middle layer, and a natural, burnished leather outer layer. The whole belt is double-stitched, and it has the standard black edging that protects against moisture and gives the belt a more refined, finished look.

There are three colors available – natural leather, white, and black. As you can see in the image above, the white is a nice, bright white. It’s super classy and flashy! I do own this belt and I can say without a doubt that it is more comfortable than 10 mm belts while still being completely functional, so if you prefer a weightlifting belt that’s more supportive than fabric and Velcro but not as stiff as 10 mm belts, this may be the belt for you. ($69)

Spider Chalk was kind enough to send me a sample of their chalk to try out so I wanted to say a few words about it.

Spider Chalk Block Chalk is pure, lab-grade magnesium carbonate. It contains no fillers, binders, or drying agents, so it doesn’t turn to slime when it gets sweaty. It’s also nearly three times as dense as standard block chalk by weight which means it will last much longer. Finally, it’s much less brittle, so there is far less waste (and mess.) Spider Chalk is also the only block chalk made in the USA.

There is no denying the fact that Spider Chalk really will last longer than generic chalk. I would also agree that it is marginally better in terms of performance, and the lack of dust storm created by Spider Chalk is certainly nice too. I did however find that the lack of brittleness that makes for less waste and less mess works against you when you actually want the chalk to come off the block. You may chalk up less frequently with Spider Chalk, but each application takes twice as long.

Is it worth spending a few bucks more per pound for Spider Chalk than generic chalk? Well I’d say that it’s worth trying. Based on the reviews people seem to prefer it over generic chalk so the odds are in your favor. That said, it won’t change your life so don’t toss out your current chalk to try a new chalk (don’t mix them either.) Rather, next time you need chalk, try Spider Chalk instead. ($16.99 per pound)

Speaking of chalk that lasts a long time, now it can last even longer. As you can see, it’s a bucket topper! The image pretty much explains it all. 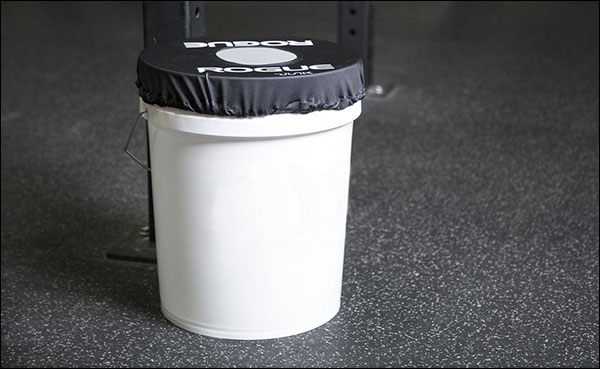 It does beg the question “how long does it take before the Chalk Topper saves you from wasting $16 worth of chalk?” Probably not anytime soon unless you are using these in a CrossFit box or training center. Then again if it’s your gym and you’re the one who has to sweep and vacuum all the time, it’ll probably be worth every penny.

I dare say just about everyone has used some version of the HG/Lockjaw Collars at one time or another. It’s a popular collar that not only works, but has proven to be very reliable and hassle-free. HG Collars never seem to lose their ability to clamp tight on the bar, and they don’t tend to break. They certainly didn’t need fixing , but they’ve been updated nonetheless. 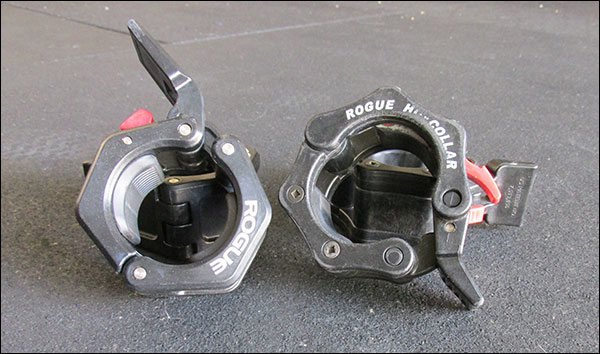 While functionally the same as the original HG Collars, a couple things have changed on the 2.0s. For starters, the rubber padding inside the collar is now thicker and far more pronounced. This makes for an even tighter hold on the bar than before. This increase in grip necessitated some changes to the release mechanism in order ease removal of the collar. What Rogue did was increase the length of the release handle as a way to improve leverage. They also increased the size of the red release tab and made it spring loaded. 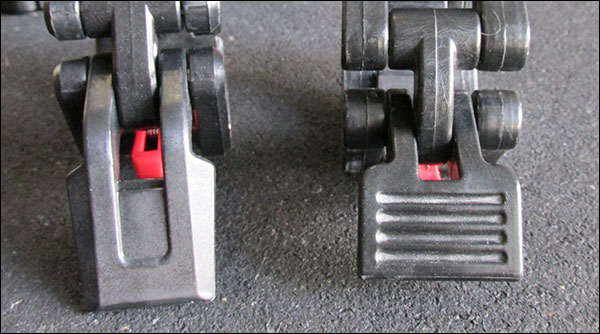 When all is said and done the new HG 2.0 Collars are better than the originals, but you don’t need to run out and replace your old HGs so long as they are still holding firmly on the sleeves. I picked up a pair just because that’s what I do, but after checking them out and using them a couple times I decided to put them away and get all the use that I can out of my originals. If and when those break, I’ll bust out the 2.0s.

It’s worth mentioning that if you are in the market for new collars, these updated HGs are the same price as the originals. It should also be noted that HG collars are like $15 less than OSO Collars, and unless you just want pretty collars I see no reason to spend that extra $15. I don’t advocate the use of $9 spring collars because of how often they need to be replaced, but I also don’t see a point to spending $50-$60 or more on collars unless they are weighted. ($36.50/pair) 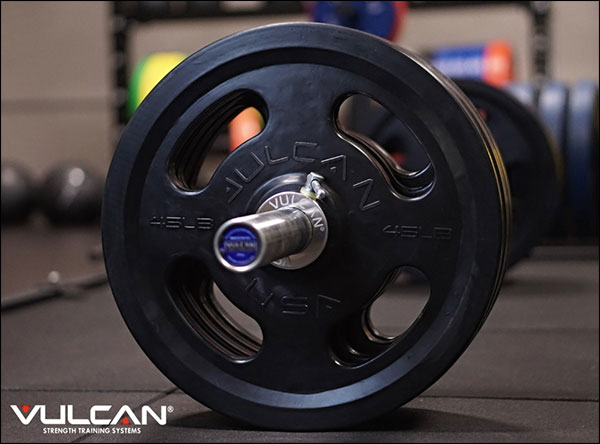 I recently picked up a few pairs of Vulcan Quad Grip Plates to check out and I gotta tell you, I really like them. Between the slim profile and the handles they are easy to pick up, move around, and load on the bar. Not only do I grab them before bumpers when doing any lift in the rack, I use them religiously with the SuperQuake; only after I’ve used all of my Quad Grips do I start grabbing kettlebells. I prefer the plates because they are easy to hang, I can hang more of them, and they don’t clang and bang like the kettlebells do. 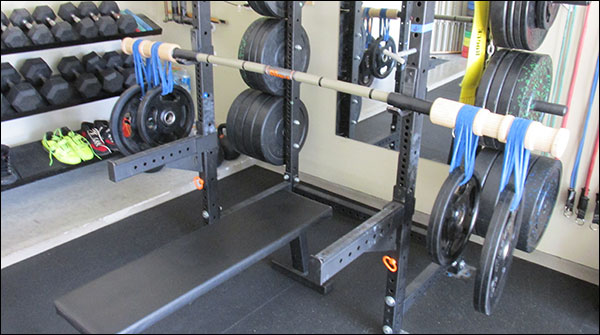 Rubber-coated plates are awesome, but sadly they will not replace bumpers. They have a lot of uses that don’t involve a barbell, and they take up less space than bumpers both on the bar and to store, but they can’t be dropped like bumpers – not from any appreciable distance anyway. If you’re exclusively a big-3 lifter then these are worth considering over steel, but Oly lifters and CrossFitters should continue to invest in bumper plates.

Hi-Temp has finally created a competition plate. They took their vulcanized crumb rubber, changed up the recipe a little, and developed a thinner, smoother, large-hub variation of the classic Hi-Temp bumpers. It was just a matter of time, right? 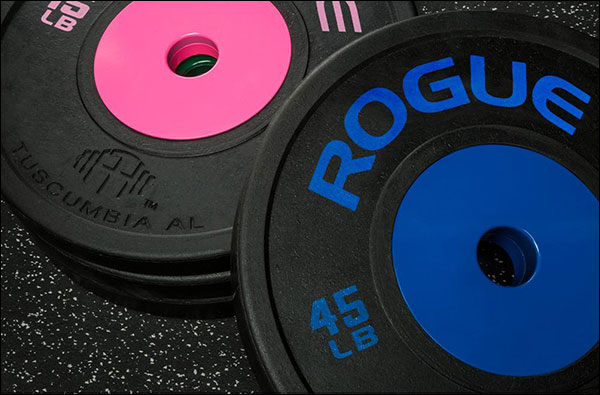 Most people reading this are probably already wondering how having a crumb rubber competition plate could possibly be ideal. I mean, above all else Hi-Temps are famous for their big bounce. They don’t dead blow like denser, virgin rubber plates – not at all.

Well I have yet to see these in action, but the product description says that the mix used for these is different than standard Hi-Temps. I’m sure that’s true. You can tell that they are smoother, cleaner, narrower, and more refined than classic Hi-Temps. However, the Shore Durometer rating for the new HI-Temp Comps is still pretty low at only 80. To put that into perspective, classic Hi-Temps are rated at 75, basic virgin bumper plates hover around 87-89, and true comp discs are in the 90-94 range (lower values = high bounce). Based on this, I’m expecting some serious bounce from these new HTs.

How about that pink, eh?

A couple years back I found myself in the market for some pulling blocks, but because of how cost-prohibitive they were I opted to just build my own. I was able to put my blocks together very inexpensively and in less than a day, but sadly they are not adjustable. Had the Echo Pulling Blocks existed back then I would have skipped all that DIY business and bought these without a second thought. 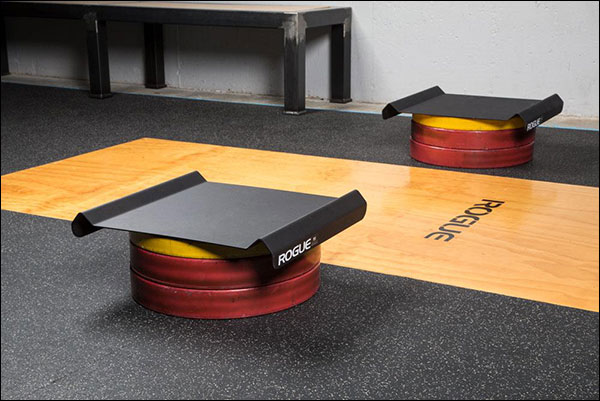 Rogue’s Echo Blocks are nothing more than a steel pan and pipe that sits on a stack of bumper plates. It’s simple, effective, and costs way, way less than other retail pulling blocks. This product is great because it allows us to make use of items we already have (lots of bumper plates) rather than having to buy an entire system of some sort – and yes they are absolutely adjustable (3½” – 18″)

Echo Pulling Blocks sell for $150 a pair. Compare that to adjustable metal pulling blocks ($700+), DC Blocks ($550+), or wood jerk block sections ($600+). Even if you are willing to make your own, $150 is in that range that makes you second guess committing $75 or more plus a full day of labor just to save the small difference in cost. Not only that, my DIY blocks may be great, but they take up a crap load of space 100% of the time – in use or not. Echo Blocks require almost no storage space when not in use. 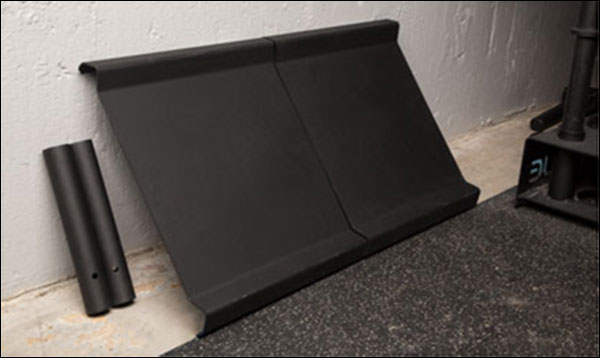 I give this product a 10/10. It serves its purpose beautifully, it’s very affordable, makes use of equipment that we already own, and it takes up almost no space. Brilliant!